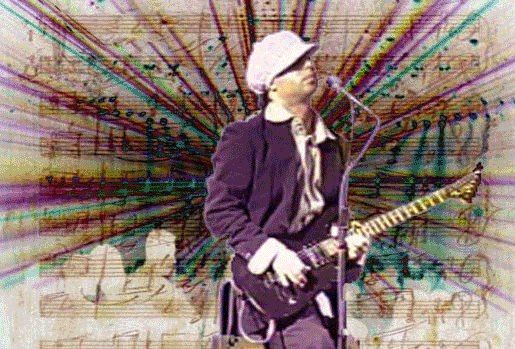 Free MP3 song downloads (Email List Members Only) will be released in the near future so be sure to join the email list here on Innerphonic.com.

Marzuki has performed and or recorded with members of Santana, Sly And The Family Stone, Graham Central Station, The James Brown Band, The Gap Band, The Wailers, John Lee Hooker, and Con Funkshun among others. Marzuki is also a multi- instrumentalist /songwriter/recording engineer/producer who has contributed to many projects as well as helped to develop Artists to their fullest potential.

When Santana vocalist Vorriece Cooper recorded songs to offer Santana for his Supernatural CD project, he asked Marzuki to play guitar on the recordings. More recently, Marzuki's guitar and bass playing with the Punk Funk Mob helped the band to capture the attention of Angelo Moore (singer for Fishbone,) which led to Punk Funk Mob signing with Mooremapp records in 2009 (a label owned by Angelo and Keno Mapp.)

Other personal projects have gained the interest and support of legendary artists such as Al Anderson (guitarist for Bob Marley and The Wailers/Lauryn Hill) and D'wayne Wiggins of Tony! Toni! Tone!

From birth, Marzuki was surrounded with the music of his father Raphael Grinage, a multi-instrumentalist, who, worked with greats such as Odetta, Earl “Fatha” Hines, Charles Brown, Ahmed Jamal, Carmen McCrae, Charles Mingus and Taj Mahal. Marzuki started playing guitar at age 10, teaching himself to play by listening to Jimi Hendrix, BB. King, Van Halen and Prince records, among others.

Marzuki also gained many valuable lessons and experience playing and recording with his father.“My father had the biggest influence on me as a musician." "He taught me how to play from my inner being and respect music as a powerful spiritual expression,” says Marzuki.

An essential ingredient to Marzuki’s development is his desire to constantly challenge himself. In addition to playing guitar for many years, Marzuki has continued to develop his abilities to sing, play bass, drums, keyboards, write, arrange, produce, and engineer, feeding his never ending hunger for growth and self-expression.

Marzuki’s desire for growth has resulted in the ability to complete songs and productions from start to finish by himself. In 2002 (after completing the Music Recording Industry Certificate Program @ San Francisco State University,) Marzuki Grinage established Elevatesong Productions, offering competitive production services to artists and record labels in need of professional and marketable recordings.

Marzuki cites, Stevie Wonder, Sly Stone and Prince as key influences. “I’ve been really inspired by the body of work that, Stevie, Sly and Prince created," says Marzuki. "All three are incredible recording artists, songwriters, producers and multi- instrumentalists." "Each of them have also used their music and status to influence positive changes in the world. My ultimate goal is to use my music for positive social change too." ###